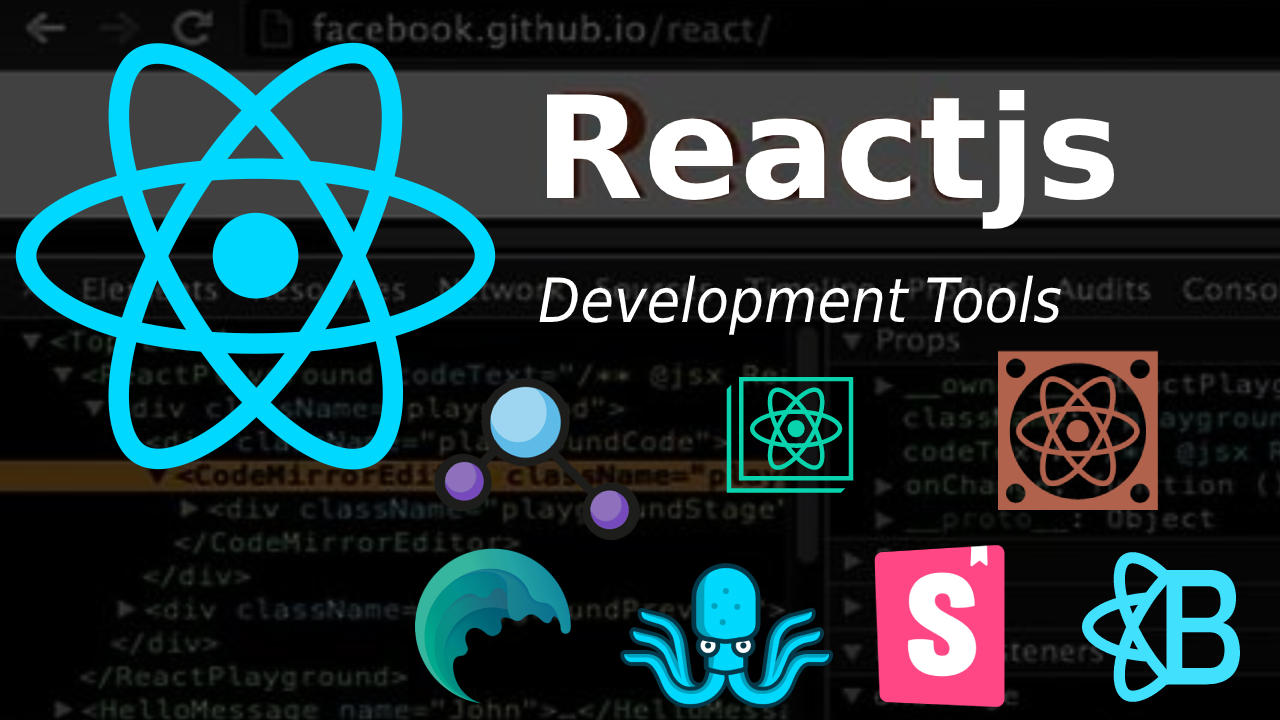 How To Use React Developer Tools?

All ReactJS tools require some prerequisites which you must follow.

In the browser’s inspect window, you can edit the web application components form the components tab. The changes you made are instantly modified in the browses web page. ReactJS developer tools also work for Windows or Mac OS and are highly flexible to use.

How to perform npm operations for application setup?

Initially, you need to install the software for your computer and need to insert some npm commands for setting up the application.

For performing the npm operation open the cmd, and type in

For using these tools, you also need to install DOM packages. You can add these to the ‘package.jason.’ file with these commands,

As Babel is used to rendering the program, you will need to install Bable as well by typing in the following command in the cmd,

To finish the installation, you will need to create specific files with these commands:

you can also create them manually in the react directory”

React Developers tools is a chrome extension that allows you to build ReactJS applications inside your browser. Using React Developer tools, you can inspect all the components and observe the hierarchy of the elements. It also enables you to build component props and state. It adds an extra tab called the “react” in your browser’s inspection window. Here, you can make all the necessary changes and apply them to make an interactive User Interface.

React developer tools is one of the Top reactjs development tools on a web browser. It permits users to change state and props of the application and observe the changes in the real application. It already includes all the Dev tools, so you don’t need to add extra plugins for dev tools. This feature makes developers design a systematic component hierarchy.

Storybook is an interactive User Interface development application utilizing ReactJS. Storybook allows you to create separate components and showcase them in an external designing environment. This tool enables you to isolate each component of the program and edit their props and state individually for fineer outputs. Storybook offers many addons and a flexible API to customize your code.

Storybook is an open-source application, where you can utilize the reactjs development tools independently. After installing the storybook, the setup is easy to start your first project.

You will need to use npm commands to activate the software,

this npm command will review the project and open the layer in which you were working.

Reactide is one of the best React developer tools in 2020. It comprises a devoted integrated development environment(IDE), which allows you to render ReactJS programs without any server configuration. The platform of this software enables visual editing features with the most potent UI engines. It has a custom browser simulator and a node server that is integrated into its software.

Reactide forbids the need to monitor the changes by continuously interchanging from browser and IDE. The state and props of every component are also kept updated because of the dynamic visual component. This feature allows the project to be modified in the future for making necessary changes.

React Sight is another React developer tools extension for browsers. The significant advantage of working with React Sight is that it provides a visual representation of the react app you are designing. It supports libraries like React Router and Redux. It has built-in filters that enable you to hide elements and focus on specific components.

React Sight requisites to install React developer tools, after that from the extensions panels, you can activate React Sight. It will open in a separate tab like ReactJS developer tools as a part of it. It makes developing much convenient, and QuikieApps can provide proficient work if you are looking for experienced reactjs developers.

React Styleguidist is a react tool that allows you to create components individually, in an isolated environment. It also has a feature of a hot reloaded dev server, which lets you observe all the components in one place. React Styleguidist has an exclusive interface that shows the code, on one side and the output design on the other.

You can render the program immediately or test it and make the necessary changes directly in the executed application.

For using this on your projects, you will require a to install webpack through this command

These capabilities make it stand among theTop reactjs development tools.

Create React App is a single-line command tool that helps to create react applications and start running them rapidly. This tool is a project on GitHub for all the developers. This tool efficiently optimizes your app and offers a front-end build pipeline system. Create React is functional without any initial configuration. All you need is the npx ox npm installed in your device.

In addition to its features, it also can work with any backend language, which makes it a preferable choice for beginners. Its popularity makes it one of the best React developer tools in 2020.

React Bootstrap is the most favored front-end development framework, in recent times. It consists of the CSS and JavaScript templates for Buttons, topography, navigation, etc. The foremost advantage of using Bootstrap is that its component library can be used along with react. This enables you to create surprising User Interfaces without being an expert developer.

Bootstrap provides other JavaScript components like dialogue boxes, which make the interface more interactive. The layout components of Bootstrap affect the entire web page, which gives an edge over several other React developer tools. It can be used to add special effects to the text and objects.

Codesandbox is a react code editor on the internet. It has created a live playground that displays the output of the program code. Also, it is specially created for the development of web applications. It focuses on designing the react application within the sandbox window. It comprises hot reload, and auto-deploy feature which modifies the web page as you make changes. This feature is not provided in some React developer tools extension.

It has several templates to start with, preventing the developer from starting from absolute zero. Sandbox is also functional with other online editors like Vue, Angular, or Preact. It offers a project sharing URL with just one click.

React Boilerplate is a perfect beginner’s kit if you want to create React apps easily and quickly. It is user friendly, and its offline development features are more optimal and scalable. It operates with Redux that allows you to take control of their state changes to the application. Boilerplate’s JavaScript provides features like JSX, templates, and arrow functions.

The distinctive class names in Boilerplate avoid style clashes and offer a unique identity to every component. Locating the parts of the program becomes effortless, and it ranks among the Top reactjs tools. All changes made in the program are displayed on the web page without reloading.

React Bits is a combination of a large number of ReactJS patterns, techniques, template designs. It provides all the necessities required to build a react application. It is a popular online library where you can share your react components with other developers. Also, it allows us to explore the components designed and published by several 3rd parties.

These components include flux patterns, flags, props, etc. Also, these elements are pre-rendered so that you don’t need to understand the code for predicting the output. React Bits allows you to modify components according to your preferences and then download it. Because of this, it is favored in QuikieApps and React developer tools extension.

React Toolbox is an aggregation of components according to the provisions of Google’s Material Designs. It is built in the competence of the trending technologies in development like CSS Modules, ES6, and Webpack. This gives the developers a flexible approach toward designing a react application. The components in React Toolbox can be used anywhere in your programming workflow.

It provides an online interface where the functionalities of every component can be checked, and their looks can be determined. The React toolbox library is enormous and is among the excellent ReactJS development tools. This tool recommends the use of several module bundlers until it is rendered in your project.

Visual Studio Code is probably one of the most used code editors, and it also supports ReactJS as an extension called React Extension Pack. It comprises a package of seven features in one. It includes React code snippets, ESLint, npm package, JavaScript ES6 snippets, Search node modules, npm IntelliSense, IntelliSense for file paths.

These seven small packages together create an all-inclusive extension providing the best tools, also ranking it among best ReactJS developer tools 2020. These modules give you substantial flexibility. For installing this extension, you will need to run the following command in the Visual studio command pallet,

Atom is a code editor that supports the Atom React Plugin. This plugin can take your ReactJS application development to greater heights. This tool helps to create react apps inefficiently and errorlessly. The most notable features include auto-completion of codes, JSX reformatting, Automatic indentation, and code folding.

The syntax highlighting feature makes it easier to locate similar codes written in the React workflow. It also has a converter for converting to and from HTML to JSX. Porting from the old HTML and JSX files is a straightforward method. This plugin is one of the excellent ReactJS development tools for developers.

Semantic UI React is a remarkable front end developer tool that allows the user to create dynamic and impactive interfaces. It lets developers create flexible and user-friendly web applications. Semantic UI React has an interactive user base and is used by developers from QuikieApps and some of the prominent companies like Microsoft, Amazon, etc.

Semantic UI’s declarative API provides strong prop validation. The rendering stacks are controlled as another component is rendering. Excess props and states of components are passed to the rendering component. This remarkable feature makes it one of the best ReactJS developer tools of 2020 and choice for most of the developers around the world.

React Studio is an essential tool for building React Apps from visual linkages. Even if you don’t have considerable coding knowledge, then also you can create an interactive application. Its designing tools assist you to signify your ideas for developing a user-friendly environment. It lets you develop components through coding or from the templates, and can be modified anytime in the future without any trouble.

React Studio is one of the Top reactjs tools. Prototypes also show the code built for their functioning, so that the developer can understand complicated iteration logic. React studio features a high-end visual layout modifier that can create smart fundamental logics and modify elements on the web page.

The utilization of ReactJS for web development is rapidly increasing, and it provides the best UI development options. These reactjs development tools offer a vast library for components, layouts, etc. Some of the tools follow a visual approach, and some follow a code-based approach. These ReactJS development tools are used by developers of QuikieApps and many more developers for building unique and dynamic interfaces. 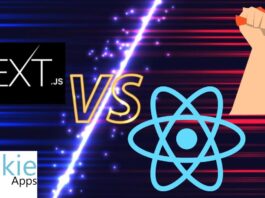